What Not to Do If Your Child Is Sick

What Not to Do If Your Child Is Sick

A pediatrician mom explains why some classic health concerns may benefit from a wait-and-see approach.

One fact I've learned in my years as a doctor treating kids: Parents just want to do what is right. But defining what's "right" isn't always that simple. And this is especially true when it comes to our children's health. I'm a firm believer that there are some common instances in pediatrics when doing right means doing less.

When Your Child Has a Fever

I admit that fever feels very different to me as a mom than it does to me as a doctor. The great news—which is also challenging to hear—is that most fevers are mild, go away on their own, and never require treatment.

First of all, what is fever? When your child is ill, an elevated temperature generally shows that her body is working to get rid of a virus or bacteria.

That means that having a fever may actually be protective and productive. Research has found that some children who have fever throughout the course of a viral infection recover even faster than those who don't.

Most pediatricians consider a fever to be a temperature above 101°F or 101.5°F. (In babies 1 to 3 months, 100.4°F is a fever, but tell your doctor right away if your newborn has a temperature above 98.6°F.) Many parents believe, though, that fever starts around 99°F or 100°F, which is by definition simply an elevated temperature.

We doctors don't care so much about the specific number; when you tell us that your child has had a temperature of 101°F versus 103°F, we don't think there's much difference. We don't like a fever above 104°F, but any number under that doesn't really reflect how sick she is. We're more concerned with how she acts and eats, and most important, how many days a fever has persisted. Fever for up to three days can be normal with an infection, especially with a mild respiratory illness, but if it's not going down after three days, talk to the doctor.

You don't need to treat a fever if it's under 104°F and your child seems fine. But if you decide to give her acetaminophen (Tylenol) or ibuprofen (Motrin, Advil), your goal is not to go from 103°F to 100°F. Your goal is to make her feel better. So if your child is acting more like herself but her fever hasn't actually gone down much, that's okay.

When Your Child Has an Ear Infection

Most of the time, this is just bad luck after a cold. At least half of kids with an acute ear infection recover without any antibiotics, found a study in Pediatrics.

Ear infections can be caused by either viruses or bacteria when excess fluid gets trapped in the middle portion of the ear. When that space fills with mucus or pus, it gets inflamed, causing pain. So the best medicine you can give your child once you first think he has an ear infection is a pain reliever like ibuprofen or acetaminophen. These infections hurt; don't wait for antibiotics to "kick in" and don't make your child tough it out. Antibiotics only help if bacteria have caused the infection.

Overusing antibiotics can create more resistant and aggressive bacteria, so we want to use them at the right times. There's been a lot of progress over the years to cut back on unnecessary antibiotics prescribed for ear infections. One study found that only 434 of every 1,000 children with ear infections now receive antibiotics, as compared with 760 out of 1,000 back in 1995. In 2013, the American Academy of Pediatrics (AAP) released new guidelines to help physicians do a better job of handling ear infections.

For a diagnosis, an ear can't simply be red or have a bit of fluid behind it; the eardrum has to be bulging and filled with fluid or fluid has to be draining from the ear. If your doctor says, "It looks like an early ear infection" or "The eardrum is a little red," chances are your child doesn't meet the criteria and shouldn't be treated with antibiotics (typically amoxicillin—the pink stuff). Press her to explain whether the eardrum is bulging and full of fluid. If there is no bulging or draining fluid, antibiotics may not be necessary. Time may be the best medicine.

If your child does need treatment but has had amoxicillin in the last month, the doctor should change the antibiotic to avoid resistance. To save time getting your child's script, try a service like Prioritized Pediatric pick-up by CVS Pharmacy at Target: Let the pharmacist know your child's prescription is for an ear infection, strep throat, or cold and cough and they'll fill it first.

Here's who typically needs antibiotics: all infants younger than 6 months; children 6 to 23 months of age with a double ear infection; those with severe pain; and those at risk for complications, such as those with a weakened immune system or with underlying chronic health problems. Lots of parents worry that amoxicillin isn't the best first choice, but data continue to suggest it is. If your child has pinkeye or drainage from his eyes along with an ear infection, he should immediately take a drug such as Augmentin, which combines penicillin and an ingredient called clavulanate. Bacteria that cause both ear and eye infections tend to be more likely to resist amoxicillin.

When a child older than 2 years has an ear infection but no fever or severe ear pain, you can keep an eye on him for two days without giving him antibiotics. But if he's still in pain or if symptoms haven't improved in 48 hours, follow up with your doctor. If symptoms go away in two or three days with only pain medication, the ear infection is likely healing (and was probably viral). But if symptoms aren't better in that time, he needs to start antibiotics or switch medications.

When Your Baby's Teething

The only medicine I recommend for teething is acetaminophen. Homeopathic remedies are available but unlike prescription or OTC drugs, these products are not evaluated by the FDA for safety or effectiveness. In fact, in May 2018, the FDA issued a warning against teething gels containing the local anesthetic benzocaine, stating the topical medication can cause rare but deadly side effects in children, especially those 2 years and younger.

These teething gels work on superficial skin and do not necessarily target the area of possible discomfort below the gums where new teeth are moving upward. Because an infant can swallow the gel, it could also numb the back of her throat, making it difficult for her to swallow or causing choking-like behavior.

First, try teething toys or a wet washcloth that's been chilled in the freezer for 15 to 30 minutes. Then give your child acetaminophen if you believe she's in pain. But most babies are unfazed by teeth popping through, and drooling doesn't equal pain. Research has not found any association between teething and a fever, runny nose, or diarrhea. Any fever is likely caused by a viral infection such as an ear infection. If your child has a temperature above 100°F and you're concerned that she's in a lot of pain, call your pediatrician.

When Your Child Has Pinkeye

Conjunctivitis, otherwise known as pinkeye, is really contagious. Your school or day care will ask for a note before your child can return and you'll go to the pediatrician, thinking, "Just give me something to make this go away—fast." And as always, what your doctor will give you depends on a number of things.

She'll want to determine whether the pinkeye is caused by a bacterial or viral infection. As a general rule, up to 50 percent of infections can be viral, and those don't need antibiotic drops. Doctors make the call based on the info you provide, other symptoms (runny nose, cough, fever, ear pain), and the duration of those symptoms. But without actually testing the discharge from the eye, sometimes it can be hard to know whether a child needs treatment, and we hate to give antibiotics if he really doesn't need them. Fortunately, we can turn to research to help us decide what to do. Here are four clues that your child probably has a viral eye infection (and thus won't need drops):

2) It's summer. Bacterial infections are less likely between April and November.

3) Your child's eye is pink but only has watery discharge (not gooey yellow/green stuff).

4) Your child is not waking up with his eyes seemingly glued shut. If he wakes up with sealed eyes, call the doctor!

When Your Child Needs a CT Scan

A computed tomography (CT) scan is a series of X-rays taken in quick succession that form a composite view of the body. A study conducted by the University of California, Davis, in 2013 found that prescribed CT scans for children under 14 more than doubled from 1996 to 2010, according to NPR.

Another, older study published in Radiology found that between 1995 and 2008, there was a fivefold increase in the number of kids who got a CT scan when they visited the E.R. In other words, if your child were to go to the E.R. today, she would be five times more likely to have a CT scan than if she had gone in 1995, in large part because CT machines are more readily available now than they were then.

Although CT scans can improve diagnosis and save lives, the radiation given to children must be minimized because their body is still developing. I asked Jonathan Swanson, M.D. (my husband), about those study findings, because he's a pediatric radiologist at Seattle Children's Hospital, where I also work. He pointed out that it may matter where your child goes to the E.R. and that he'd recommend the nearest children's hospital in order to avoid unnecessarily high radiation exposure. As he explained it, pediatric hospitals are more comfortable with alternative, lower-dose approaches to common diagnoses.

Appendicitis is an example: At a children's hospital, kids are first given an ultrasound, which contains no radiation. In an adult-focused hospital, CT is often the first imaging tool that's used because it can be difficult to visualize a young child's appendix with ultrasound. If an ultrasound technologist isn't used to working with kids, CT may be a more reliable choice.

In his experience, when doctors are uncomfortable they tend to order more tests or order one that'll give them the most information, some of which may be more than they actually need to make a diagnosis. This is also why radiologists may use a higher-than-necessary dose of radiation in CT: A higher dose can give a sharper image, but that doesn't always equal improved diagnostic accuracy.

If you don't live near a children's hospital, urge technicians and radiologists to ensure that your child is receiving the lowest possible dose. I recommend the Image Gently Alliance as a great resource for any parent concerned about testing. 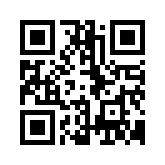